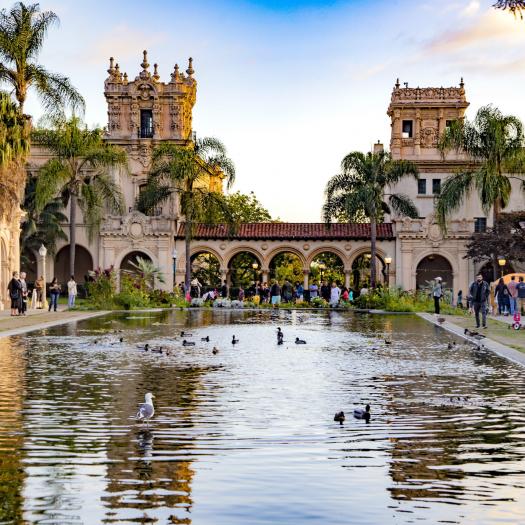 Forever Balboa Park is the City of San Diego's partner in maintaining and enhancing Balboa Park for the enjoyment of all visitors. As part of its core mission to improve the visitor experience, Forever Balboa Park operates the Balboa Park Visitors Center in the House of Hospitality and the historic Balboa Park Carousel. It also hosts family-friendly events year round. Balboa Park was originally called "City Park," but was renamed after Spanish explorer Vasco Núñez de Balboa, in honor of the 1915 Panama-California Exposition, held in the Park that year. Balboa Park was declared a National Historic Landmark, and a National Historic Landmark District in 1977. It is also listed on the National Register of Historic Places, as well as, one of the Great Places in America. The Park is managed and maintained by The City of San Diego Parks and Recreation Department, and supported by dozens of other non-profit organizations.
Click For More Information
Web Service

You have no education resources added; you can add one here.